I´ve done a map called bg_caveescape_v1 and wanted to present it here.
I did like to do some sort of a miners map

The Story of this map is this:

The Mine was used by the Americans as a Ore Mine and as a secret base. Than the American found out that the British found out where the secret American Mine is and started soon to find and try to take over the mine. The Civilian miners where evacuated already and only a group of American Soldiers where left to defent the mine.

There are two capture points!

Who will take over the mine?

So in short words. here it is.


Just extrakt it into your bg2 folder.

And here are some Screenshots:

(near the Miners Breakroom)

(overview of the map)

I like the idea of an underground map. Although I think the cave could be more brightly lit. Try tuning up the ambient light inside the light_environment?
Top

I slightly adjusted the light so it should be more brighter.

Also I regoniced that in some spots in the map there comes that emptyness feeling up.
So I´ve added some displacement and had to do some more modelling like a pikaxe I couldn´t find in the props assets.

What pisses me personaly a bit off is that the flagmodel is so hughe for this scene so the flagpole is still seen in any area but not the flag it self, that means when I adjusted it to low it produces leaks also it looks somehow strange. So I tried around and changed some stuff and ended up that the game client wasn´t anymore realy able to connect to a server. I created some sort of a "NEW" mod acentantly, special when trying to connect to VAC secured server valve is strikt when it comes to code changes... .

But thankfully I figured out that I can use the flag entidy as a trigger controller, I normaly try to avoid as many as possible costum triggers because that costs performance but hey who cares. Well at least this means in the first place settle up some trigger controlls in the cost of a tiny bit of map performance on servers and second doing some more modells...

Verion 2 should be here soon.
Top

Triggers don't really harm performance. Sure, the game will end up calling more functions, but when the game is already calling thousands and thousands of functions per second it doesn't really matter.
Top

Awesome wrote:Triggers don't really harm performance. Sure, the game will end up calling more functions, but when the game is already calling thousands and thousands of functions per second it doesn't really matter.

For the game it self it does a little impact yes, but the netcode isn´t made for a higher count of triggercalls.

A example I can call is when I have created a shooting range map for the 33rd clan.

Or a special, useing Teleporters. Had I known how shitty it is on servers I never would implimented them. Lag times on a nearly full 32port server where somewhat like 1-2 seconds until the hole triggerroutine finished, and repositioning the player was done well.

What I try to do because of the Flagcapping is to trigger the visibility of some models or/and worldbrushes to give a visual feedback who had capped the flag for which team.

I did already a similar test on my servers and regoniced even by only setting the visibility of a model to ON or OFF it costs almoust 5 milliseconds!!! On a older server and on one of my up to date servers I use for my company the results where all the same, 5-7 milliseconds till all is done. So at least it is not a real problem if the client can perform an action, it´s more a problem if the server can do it and sync it to everyone.

I realy don´t get it why in example teleporters are so shitty to use on sourceengine servers while useing teleporters for example on a older engine like the quake 3 arena version of used engine does have nearly NO problem by handle simoustanly done player teleporting. Or the Unreal 4 engine, teleporting is like hitting a simple button. Id does also do no impact and the server runs still well with maybe only 1 millisecond delay on simultan teleporting 32 players to a new possition.

So how ever, it does mean to be fucking careful when useing triggers who perfom not only one action.

Someone once told me by useing the source engine on a server it CAN handle well more than 10 to 14 costume actions in a short time at the same time but CAN´T do anythink more.
Top

We had a partial underground map like this that was capture-the-flag a few years ago, but not one that was totally underground. Looks interesting. I'll have to test this one out.
Battle Grounds: Since 2001 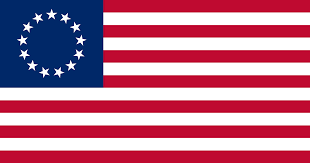