klifsnider wrote:But Unas, you are countering your own argument. In skirmish mode, being offensive is (nearly) always the best option, just like you said. So why would we reward defence?

Anyway, if I am interpreting this correctly, you (the 29th) are mostly worried about the unfair rewards, ie an easy match for BOT against Aladdin results in more score for them, even though the 29th had to put in more effort to beat Suggah Cult. This is percieved as being unfair.

If that is your concern, please remember that every team plays every other team once. This is exactly how it evens out: BOT will get a more 'difficult' match against Suggah Cult at some point, just like 29th will get an 'easier' match against Aladdin. This is where you can equalize the score.

Also note that I did not mean to trashtalk any teams, these are purely examples, Aladdin may very well win the league.


We are not talking about team BOT here or team Aladdin.
My example was these two matches:
29th - Suggah Cult
The Real 29th - 42nd

Team 29th beat Suggah Cult by a larger margin than The Real 29th beat 42nd, which does not make sense.
I am not countering my own argument. You win by getting a better score than the enemy team. You achieve that by gaining more points than the enemy does, and one aspect of that is preventing the enemy from getting points if you can manage it.
Obviously, flags should be constantly fought for by your own team to get a chance at improving your own total, as well as preventing the enemy from improving theirs. This translates to a playing style of basically constant offense. I brought this up in my previous post, because in your previous post you for some reason assumed that the system of score difference suggested by me would lead to a disruptive playstyle of people just running around the map decapping every enemy flag possible, which is an entirely unreasonable assumption, as it would hinder you from upping your own score, like I said.
The reason this system I suggested does translate to ctf, which you admitted it does, if I understood you correctly, can be seen in the results of the two matches that I posted. Team 29th wins by a more comfortable margin over their opponents than The Real 29th does, yet since the game played out differently for The Real 29th and they happened to get a slightly higher total score, they are rewarded more.

And fine, for Ninjah Tigah I will change my original example to something that is actually a reasonable outcome of a match, since he can't look past overstatements for the sake of making a point.
Team A wins 27 - 21
Team B wins 30 - 27
None of the teams were likely drooling over their keyboards or whatever, so you don't need to get hold up by that.

The originally good analogy with football you completely misunderstood, as Sebek explained. Goal difference comes into affect when both teams have the same point score from matches won/tied/lost, and its goal difference mind you, not number of total goals.
Top

I'm not a fan of changing up the system to something overally complex, but I do see the issue, I think the issue is that in the end if two teams are drawn the winning is decided by some odd point system rather than...facing off against each other, which would be far more engaging for both teams and more of a satisfying ending for everyone, I highly doubt anyone winning on points would come away with a sense of "Hell yeah we did it!" right?

So maybe a final week is required to clean up any "join X place" games, even if they are rematches fixes this points issue without forcing players to play a certain way (Aggressive, constantly pushing points at a big risk even when in the lead).
Check out my webcomic at: http://tapastic.com/series/Seraphim
Top

I still dont believe how you can't understand how the scores should be count. This is not something made by 29th to get reward of specifics things ; this is about how the scores are counted in every sport competition. I won't give exemples again, i think Unas and Sebek did it well.

This system is not complex. This is only 1 subtraction by match. I think everyone went to elementary school and know how to use a calculator. With that system scores should be (at week 1) :


Last but not least, you keep mentioning "farming the system" and "high scores" on ctf_river. I am aware that in week 3, '29th' and 'The Real 29th' are playing eachother on ctf_river. As the league admin, I am the final judge in case of disputes. If I were to suspect abuse I will certainly ask for demos and decide if both teams were actually trying.
Just in case someone is planning to abuse the system like this, it would result in a double forfeit for that match.

I don't accept that kind of comment. We never tried to abuse of any system in this game, we are just trying to participate and making some talks about how the cup is working. Like Unas said if we really wanted to win this competition for sure we would have put every good players in 1 team while we split them this season. Moreover, during the match against you i think we didnt bitch about anything. We could have play 4v5, but we accept you to bring a ringer which was playing decent (ofc not the best). So avoid your stupid comments because this is really pissing me off. We are not trolls or kids. We are trying to bring a maximum of players at every events/cups, trying to keep this game alive and playing in legal terms every times. But that kind of comments push me to dont participate to anything in the future.
Top

I am completely for the status quo and see no reason to change it. This is for 29th: 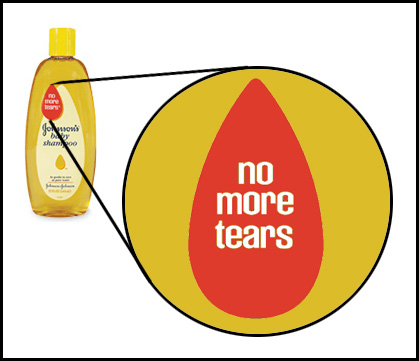 In fact I would go as far to say that 29th are seeking private privileges for themselves in a cynical and exploitative fashion. Without considering that others may be fine with the status quo they plead, they moan and beg for changes which would only benefit themselves. It is of the utmost unsportsmanlike conduct I have seen in this league so far.

After all if you stood only to gain from this and were not worried about other clans reaping a greater harvest, I imagine your presence here would be limited to just an affirmation of the scores gained. We are one match in, one single match out of many and you act as if it is already decided and the entire league must change. If you cannot stomach the idea of running through a broken system at least once before changing it then leave entirely and leave the league to those adult enough to not change a system mid-flight.

But let me go more specifically to one of the issues raised in the thread: That the score should be ranked as the difference between sides in a match. What a fucking joke. Why? Because it actively punishes those who do well and creates a distinction between those fighting a highly competitive game and those who are not. It is more elitist and based on min maxing against noobs than the current system which is straight up additive. Yes toss negativity into the system by all means and relegate my clan down to just a hairs breath from -1000 from the get go. Yes very fair, maybe I'll end up at -10000 by the end of the league with you at +20000 wouldn't that be great you putrid self serving cunt.
Last edited by joethepro36 on Wed Jan 20, 2016 9:42 am, edited 1 time in total.
Top

What exactly isn't working with the forums?

As for my own personal opinion (not necessarily the view of my team) on this subject.

I see a number of valid points on both sides of the argument:

Points are a shitty way to decide things in BG2
It is no fun going full cap train vs a team that doesn't even capture their first flag on some occasions.
Unfortunately in a league with only 5 matches there is quite a high probability there will be teams with equal numbers of wins.
Do you cant read me ? Not read ..
Not like whot i write ? not read too ...
Where is the problem ?
Top

Well we are not asking to play by our own rules. We just propose some ideas with exemples to improve the competition according to us. So imo that is why there is a discussion thread to discuss about every ideas or opinions. No need to trash talk about us. Well, we understood, most of the teams want to keep this actual system, no problem but again we are not kids so avoid "that 29th are seeking private privileges for themselves in a cynical and exploitative fashion", i think this is not contructiv.
Top

My post was about as constructive as your "We're not winning ENOUGH, destroy this system" successive posts.
Top

In fact I would go as far to say that 29th are seeking private privileges for themselves in a cynical and exploitative fashion.

and beg for changes which would only benefit themselves

It is of the utmost unsportsmanlike conduct I have seen in this league so far.

you wish to change it all to suit yourself?

and you act as if it is already decided and the entire league must change.

Because it actively punishes those who do well and creates a distinction between those fighting a highly competitive game and those who are not.

Yes toss negativity into the system by all means and relegate my clan down to just a hairs breath from -1000 from the get go. Yes very fair, maybe I'll end up at -10000 by the end of the league with you at +20000 wouldn't that be great you putrid self serving cunt.

https://www.youtube.com/watch?v=OaTO8_KNcuo
I think it is!

I'm out of this discussion if you guys can't stay out of personal attacks, I don't know why you can't but there's probably a reason behind it.
Top

It might be down to your apparent want to change the system to suit yourselves AFTER you play a match instead of wanting to change it before matches have started. You only have an issue because you don't like whats happened with the results you've just gotten so is it really any wonder you look selfish trying to make changes in your own favour?

Again you had no complaints until you had gotten scores back off a match.

And before you go "oh that post on CTF was a day before", this discussion appears to have changed into redefining scores from additive to difference between scores.
Top

To be honest we did'nt pay attention to how the scores are working before the match.